Default truck routing safety feature - If you are licensed for truck or school bus routing, CoPilot is now set by default to only generate routes that are safe and legal for these larger vehicles. This change was made to ensure CoPilot’s vehicle routing profile is not inadvertently set for automobiles or vans when a driver is operating a truck. If you have a truck license but still need to use automobile routing, please contact us at for help on how to switch between truck and auto routing.

Use Less Data with Traffic - Traffic data is now compressed before it is sent to CoPilot in order to reduce data consumption on a device. This compression reduces data usage to a range of 58 MB to 96 MB per month, depending on factors such as the length, time of day, and location of routes. This compression is compatible with CoPilot 10.14 and higher. No changes are required for CoPilot users.

Better Routings Within Sites - Routing has been improved for situations in which a trip begins within the same Site where the first stop is located.

Updated Light Duty Profile - The minimum weight for the Light Duty (LCV) Vehicle Routing Profile in Europe has been lowered to 2 tons. This change improves the speed limit information provided by CoPilot.

Speed Limit Warnings - The OnOverSpeedLimitEvent callback, which is called when there is a warning for traveling over the speed limit, is now fired even when CoPilot is set to a map only view, without any of the standard menu widgets. Customers integrating CoPilot can use this callback to provide their own speed warnings or to log speeding incidents.

New Geo URI Format with Stop Labels - You can now pass stops into CoPilot using the following Geo URI format: geo:0,0?q=lat,long(label). The label is the name of the stop that will be displayed in CoPilot.

Fixed an issue that was preventing an Avoid created via a geofence from being removed.

Extended the character limit for an Asset ID used to log in to 320 characters to avoid login errors.

Fixed an issue preventing CoPilot from displaying the correct mute button setting that was set via SpeechMgr.setMuteState().

Fixed an issue in iOS builds that caused widgets to be displayed even when CoPilot is set to “no widgets” mode.

Fixed an issue in which the OnMapDataUpdate callback doesn’t fire back continuously if the user initiates a map download from the My Maps screen in CoPilot.

Fixed an issue in the CPIK libraries that could cause isCopilotReadyToAddStops() to wrongly return false.

In CoPilot’s user interface, the Axles setting has been removed from Vehicle Dimensions in Vehicle Routing Profiles because it is not used by CoPilot. (Axles is used in other Trimble MAPS applications for toll cost calculations.)

CoPilot no longer automatically switches to 2D view when entering a Site. Instead, it remains with the current view (either 2D or 3D).

Fixed an issue preventing certain routes run in CoPilot from being displayed in RouteReporter.

Fixed an issue that could cause the keyboard to disappear when CoPilot is sent to the background and brought back to the foreground when switching between apps on a device.

Raised the minimum Android API support level to 19 (Android 4.4) to fix an issue preventing some customers from upgrading to CoPilot 10.19.

Fixed an issue that could cause CoPilot to crash after completing a leg of a RouteSync prescribed route.

Fixed an issue that could cause the Skeleton App for Android to crash when downloading maps.

CoPilot now provides voice and popup message warning alerts for trucks when a sudden traffic slowdown is detected ahead on the route. The alert is issued up to 5 miles (8 km) before the traffic incident to give the driver time to slow down and potentially avoid an accident. (This feature requires an ActiveTraffic license and works with truck and school bus Vehicle Routing Profiles only).

A demo of the voice and pop-up message alerts

The SDK App can now display messages from the Trip Management Web Service if you are using Trip Management to send trips to a driver’s device. (May require additional licensing)

The Android and Android Xamarin versions of CPIK libraries can now be downloaded via public, cloud-based repositories.

Licensing Support for Partners - The Licensing APIs in CPIK libraries have been updated to support partners who are using the fields External Acct ID, Partner ID, and Asset ID, to assign and track CoPilot licenses in Account Manager.

Improved Sites Routing - The Sites feature has been enhanced for Sites that do not have a mapped internal road network. Improvements include:

More RouteSync Feedback - The range of error codes returned by the onRouteSyncError callback has been expanded to provide more details.

Automatic State + National Network Routing - (North America Only) State+National Network routing will automatically be enabled in FleetPortal and CoPilot when custom Vehicle Dimensions are set to a Total Length above 48 feet or Maximum Width above 96 inches.

Better Speed Limit Data - The posted road speed limit feature in CoPilot has been improved to:

The following APIs have been deprecated as they are not currently in use:

Add address labels - If a GEO URI includes an address in addition to the GPS coordinates of a stop, the address will now be used as the stop name label shown in CoPilot.

Replace pedestrian icons - A configuration setting was added that allows you to override the use of the pedestrian icon on map screens when a stop is located on a road that is restricted to only pedestrians or bicycles. A numbered stop icon appears instead. The setting is:

Integration partners and fleets can take advantage of a new, streamlined option for integrating CoPilot navigation into an existing workflow. The CoPilot Standalone App allows you to customize and deploy CoPilot with little or no development work. CoPilot can be downloaded from app stores, or installed via a Mobile Device Management (MDM) solution, and enhanced with: 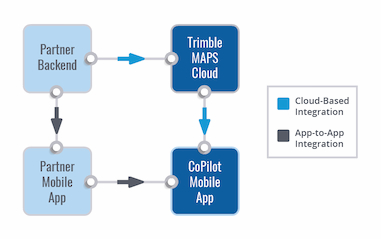 (Available Upon Request) Map downloads can now be planned via FleetPortal. You can assign specific map regions to groups of drivers or vehicles, reducing device storage requirements for maps. Contact to add this feature to your account.

CoPilot’s default Vehicle Routing Profile options now match the options in PC*MILER, ensuring that routes planned in the back office match those generated by CoPilot. That includes a “Default Rating” profile, which is most often used to generate mileage for rating.

The ability to set Road Preferences has been added to Vehicle Routing Profiles. Road Preferences tell CoPilot whether to avoid or favor certain road classes when generating a route. Road Preferences are visible by default in app store licensed versions of CoPilot but must be added to the user interface in enterprise versions by setting the following configuration value:


These values can also be set when creating a Vehicle Routing Profile in FleetPortal.

To improve routing, CoPilot now supports two additional local road classes: sub-local roads, which are accessible by vehicles, but not suitable for through routes; and pathways, which are normally accessible only to pedestrians, bicycles, and small, lightweight motorized vehicles. As a result of these new road classes, devices running CoPilot 10.19 need to download a different map set in the CoPilot partner portal.

CoPilot’s URL launch has been enhanced and can now:

ActiveRoutes has been renamed to Fastest routing to better clarify the type of route it prompts CoPilot to generate. (Fastest routing requires an ActiveTraffic license, and it is not recommended for truck profiles.) 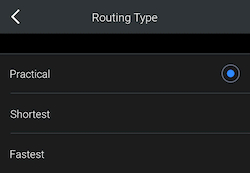 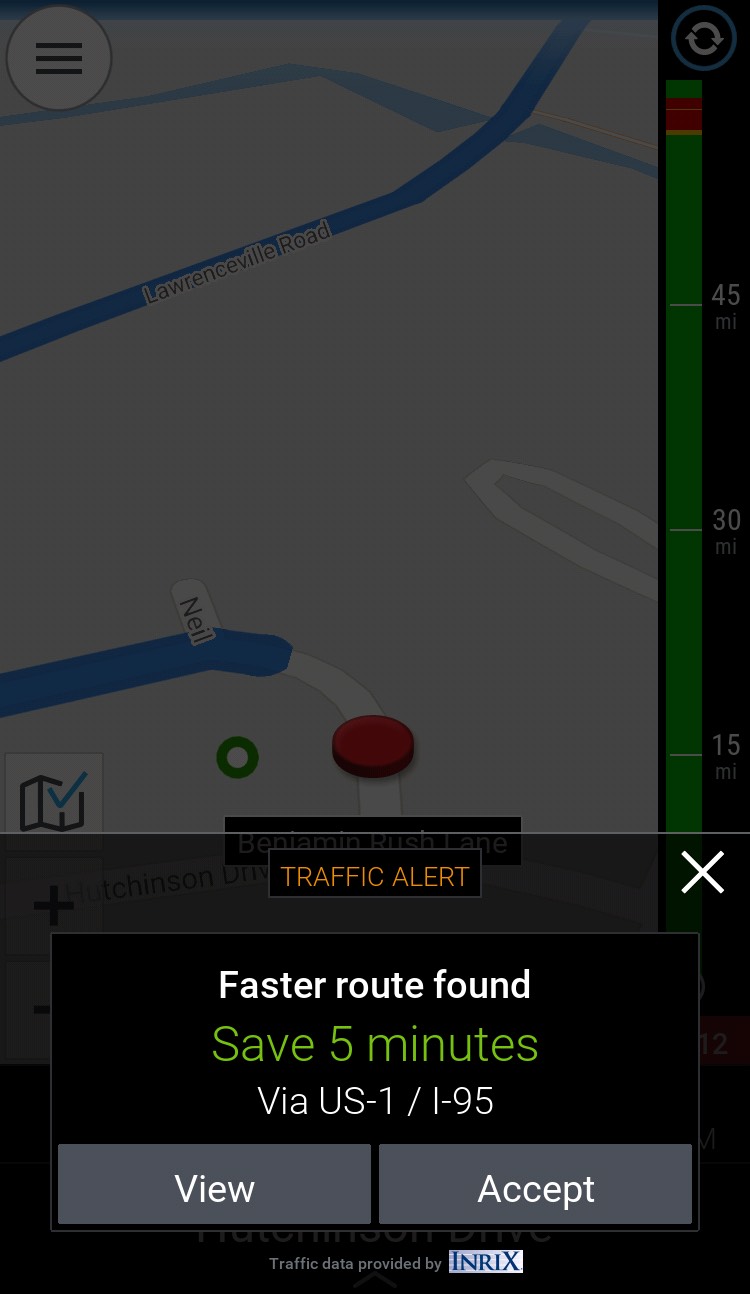 Our SpeechMgr APIs, which include methods regarding speech, languages, and voices, are now available in our CPIK libraries for React Native.

CoPilot now supports new roads created in MapExact, our premium map editing web tool, regardless of where they are placed on a road link.

getCoordinates(), a new public method in our CPIK libraries Leg class, allows you to retrieve a list of coordinates that represent the leg.